Niko Wanders and Yoshihide Wada published a paper in the Journal of Hydrology where they analyzed which part of the expected future hydrological drouht can be attributed to climate change and which part to human water consumption.

N. Wanders and Y. Wada, 2014.  Human and climate impacts on the 21st century hydrological drought, Journal of Hydrology (in press; online).
Their results show “a significant impact of climate change and human water use in large parts of Asia, Middle East and the Mediterranean, where the relative contribution of humans on the changed drought severity can be close to 100%”. The conclude that “the impact of human water use and reservoirs is nontrivial and can vary substantially per region and per season. Therefore, human influences should be included in projections of future drought characteristics, considering their large impact on the changing drought conditions”. 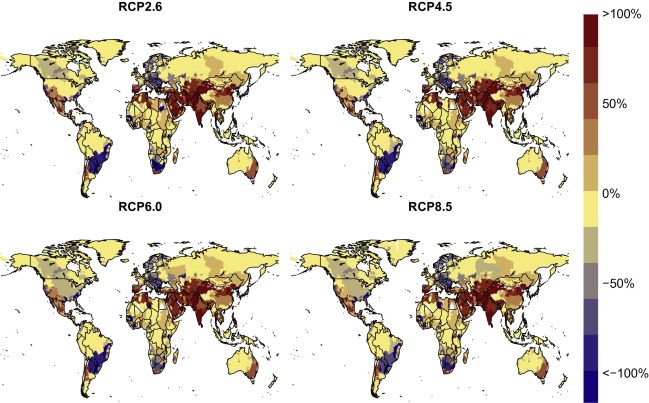